This is just a short interlude in the Ellery Queen runthrough. At the time of writing J. J. over at The Invisible Event and Dan at The Reader Is Warned are discussing the top 15 impossible mystery novels as voted by a number of experts, most of whom are well-known to the avid mystery reader. People like Frederic Dannay, Bill Pronzini, Douglas G. Greene and Robert Adey have been referred to here on this blog more than once. 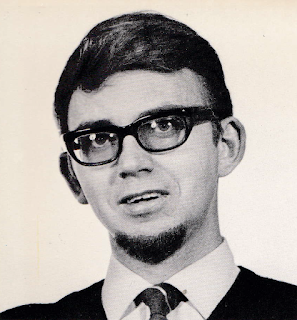 But there's one name on the list of voters that I believe is less well-known to readers in the English speaking world - well, probably to any part of the world that is not Swedish, to be honest. And that name is Jan Broberg.

I thought about calling him "the Swedish Ellery Queen", but that would be an overstatement, because he was never an author, he didn't found and edit a mystery magazine that is still ongoing, and he didn't have that profound effect on up and coming mystery writers. A more apt comparison is probably Martin Edwards, and the wonderful work he is doing with the British Library Classics and the anthologies he is editing for that series of books.

Now, as I said, Broberg was never a writer of mysteries, but he was a huge connoisseur of the genre, editing 18 different anthologies of mystery fiction (and a couple about poetry) and 3 collections of mystery stories by specific authors (Agatha Christie, Georges Simenon and Cornell Woolrich). He also was the editor in a joint venture with two different publishers, where they published a number of never before translated mystery novels. 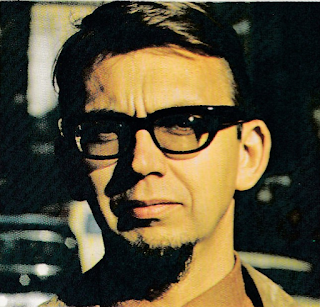 He also wrote 10 books about the genre, drawing heavily on his network of mystery critics and aficionados around the world. He was an avid corresponder with other mystery greats, and some of these aforementioned books publish parts of that correspondence. He also wrote non-fiction about many other things: fantasy, espionage, poetry and other things that interested him.

Broberg was born in 1932 and passed away 80 years later (coincidentally in my very own home town), having made a profound impact on the Swedish mystery field. One thing I haven't mentioned is that he was one of the initiators of the Swedish Mystery Academy (a similar organisation to the Detection Club in Britain or Mystery Writers of America).

But let's take a closer look at the anthologies he edited. All except one have a unifying theme. 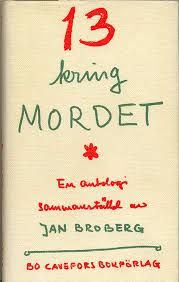 The exception is his first anthology from 1966, called "13 kring mordet" ("13 around the murder"). This is just a general collection of fair play mysteries, featuring stories by R. Austin Freeman, Clayton Rawson, Harry Kemelman, Anthony Boucher and Melville Davisson Post. 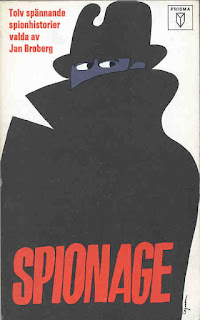 He followed that up with a new anthology, "Spionage" ("Espionage"), published in the same year as the previous anthology. As the title indicates, this collection features stories about spies. Most are still fair play mysteries, though - there's stories by Boucher, John Dickson Carr, Margery Allingham and Edward D. Hoch here.

In 1967 we got the anthology "Mord i slutna rum" ("Murders in Closed Rooms"), which just might be the first locked room anthology published. I will return to this in a later post.

After these anthologies, Broberg embarked on an even more ambitious project. Over three volumes - "De stora detektiverna" ("The Great Detectives" 1971), "Flera stora detektiver" ("More Great Detectives" 1972) and "Ett koppel blodhundar" ("A Pack of Bloodhounds" 1974) he decided to present one story with each of the great detectives in mystery fiction. The first volume gives us Christie, Carr, Ellery Queen, Raymond Chandler and Arthur Conan Doyle. The second features Allingham, Dashiell Hammett, Ngaio Marsh, Helen McCloy and Rawson. And the third one still manages to find space for people like Jacques Futrelle, Christie (again), Anthony Berkeley, Boucher and Edmund Crispin.

And in the middle of this project, Broberg still found the time in 1973 to publish another anthology, "Upp i rök" ("Up in Smoke"). Again, this is an anthology of impossible mysteries, and we'll return to this in a later post. 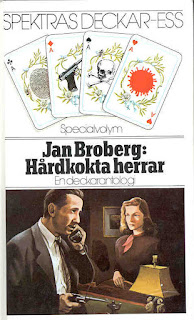 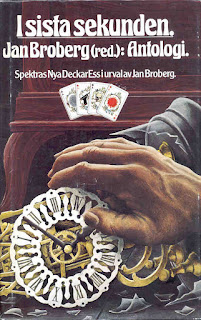 One year after that came another Broberg anthology, called "I sista sekunden" ("In the Last Second"). This is based on stories with a dying message and features stories by Doyle, Christie, Queen, Rex Stout and Hoch. 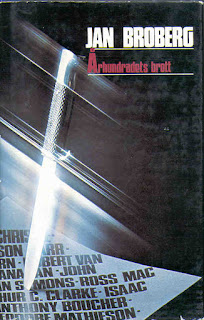 The theme of "Århundradets brott" ("Crime of the Century" 1978) was time. The first part of the anthology featured historical mysteries, the middle part stories set in current times, and the final part stories set in the future. Some of the authors found here are Robert van Gulik, Carr, Christie, Boucher and Isaac Asimov. 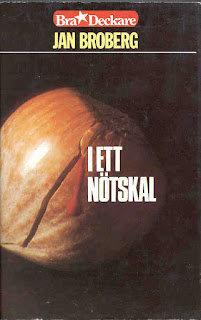 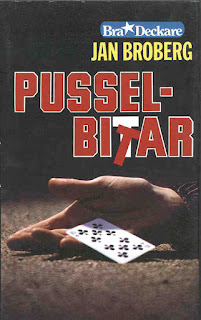 This ambitious theme was then expounded on in the next anthology, called "Pusselbitar" ("Puzzle Pieces" 1982). In this volume Broberg took the fair play mystery and broke that subgenre down into several sub-subgenres, with the following featuring:
Ciphers and Codes: represented by E. C. Bentley
Method of Murder: Ronald A. Knox
The Missing Item: Queen
The Locked Room: Carr
Fingerprints: Stuart Palmer
The Least Suspected Person: Patrick Quentin
The Challenge to the Reader: Nicholas Blake
The Double Ending: Boucher
Doppelganger: McCloy
Into Thin Air: Rawson
The Intricate Pattern: Victor Canning
The Fall Guy: A. H. Z. Carr
The Perfect Alibi: Vincent Cornier
The Motive: Jerome & Harold Prince
Dying Message: Hoch 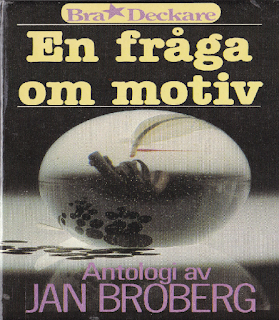 Broberg's final anthology for some time was "En fråga om motiv" ("A Question of Motive" 1986). As indicated by the title, this features stories where the motive is a particularly important part of the story, and some of the authors in this one are Queen, Michael Innes, P. D. James, Hoch and Peter Lovesey. 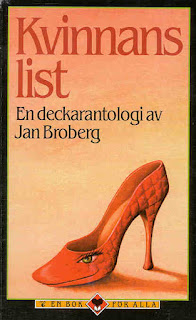 Broberg took some time off from editing anthologies after that, concentrating on some of his other interests. However, 11 years later a new themed anthology was published. This was "Kvinnans list" ("Woman's Wiles") featuring stories written by women with female protagonists. Stories by Christie, Christianna Brand, James, Sue Grafton and Sara Paretsky can be found here. 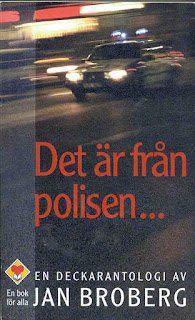 "Det är från polisen..." ("This is the Police...") became the final mystery anthology from Broberg. It was published in 1999, and features stories where a policeman or a team of policemen play the important role. There's stories by Simenon, Hoch, Donald Westlake, Colin Dexter and Vickers in this one. 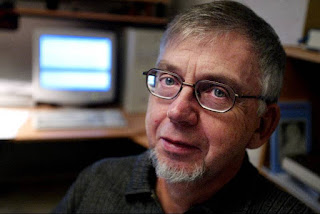 As you will have concluded, Jan Broberg was a very important person not only in the Swedish mystery field, but overall. His knowledge matched that of the most well-read persons in the genre. I mentioned before that he edited four different series of never before translated novels. In each, he tried to add an extra short story by the author, just to get something extra for the reader.

And each volume (including all his anthologies) had an informative foreword about the author of the novel or the theme of the anthology. They were always written to leave you wanting more, and Broberg always added recommendations on further material to read.

Without Jan Broberg, I might still have read mysteries, but I would never have been the champion of short stories that I am today - and all of us Swedes would have had fewer of the great novels translated into our language. For that, I am profoundly grateful. 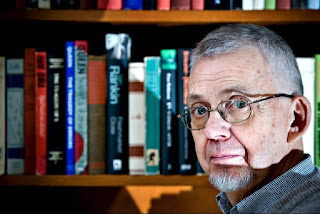